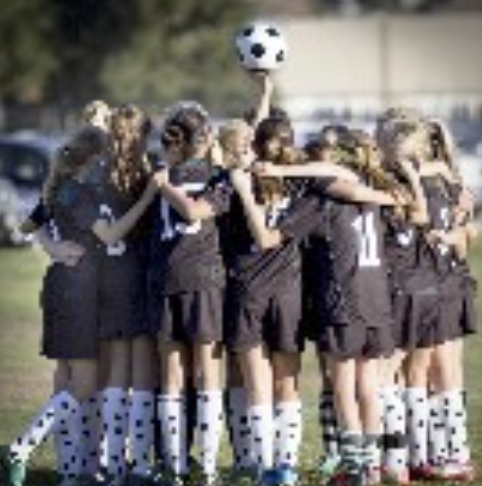 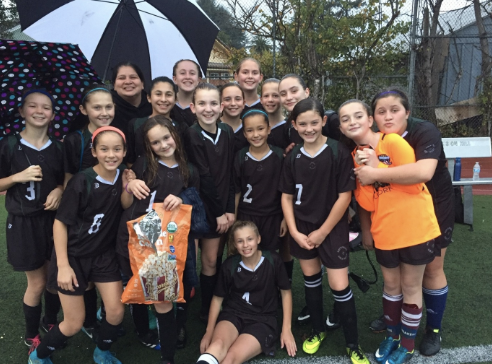 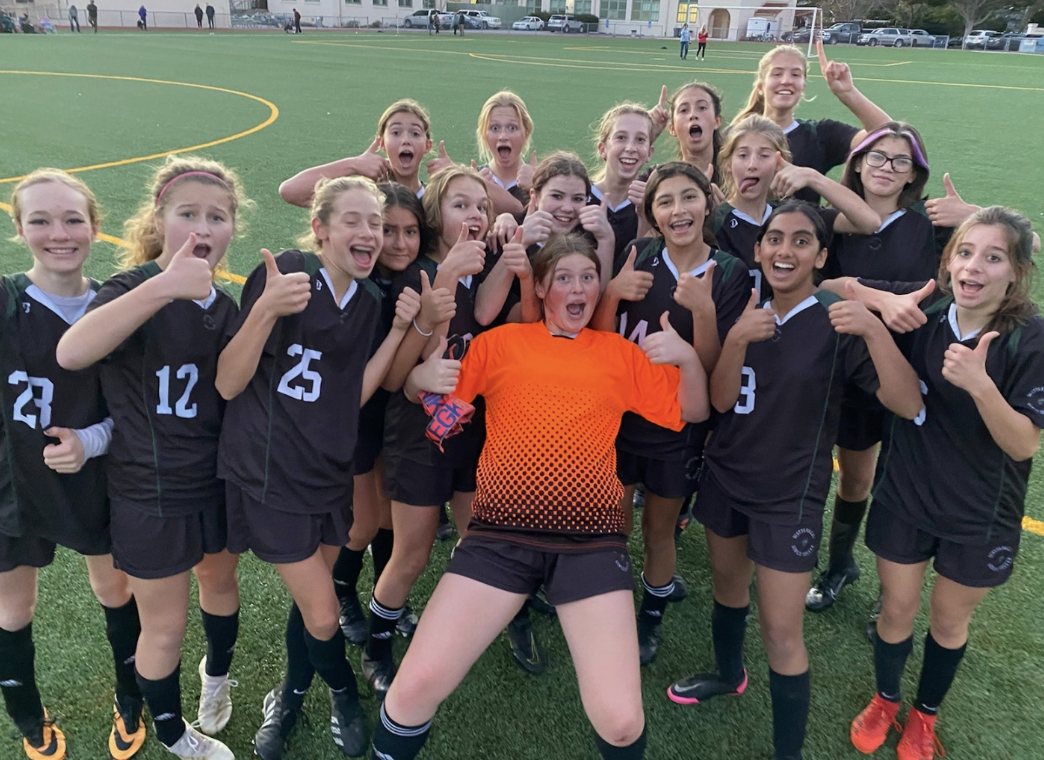 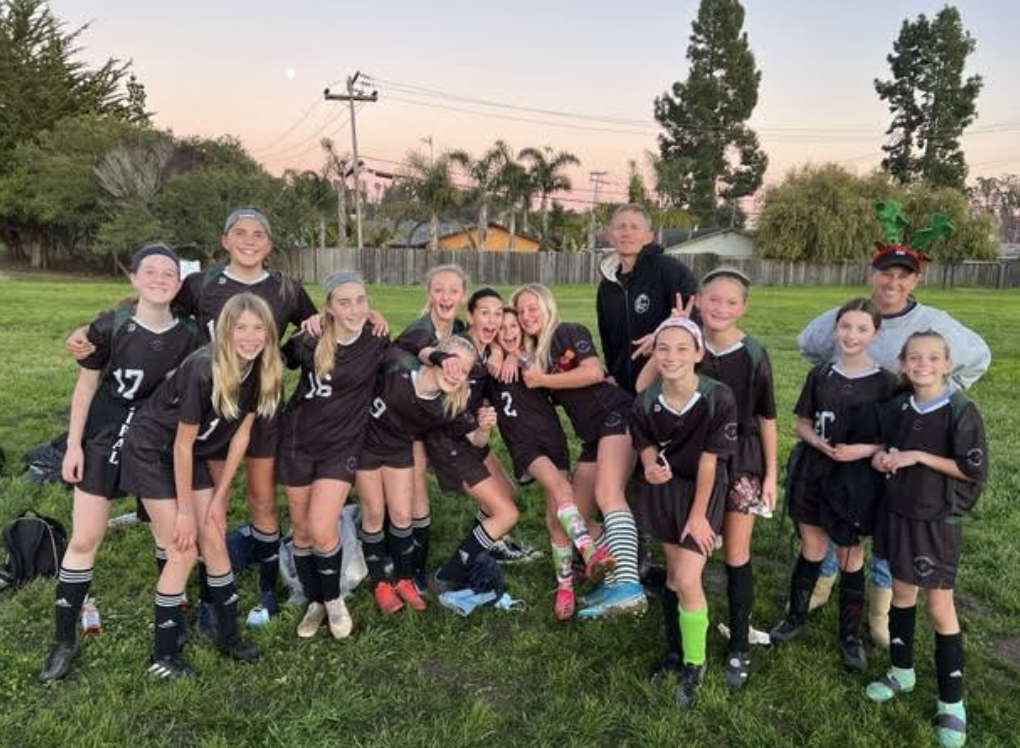 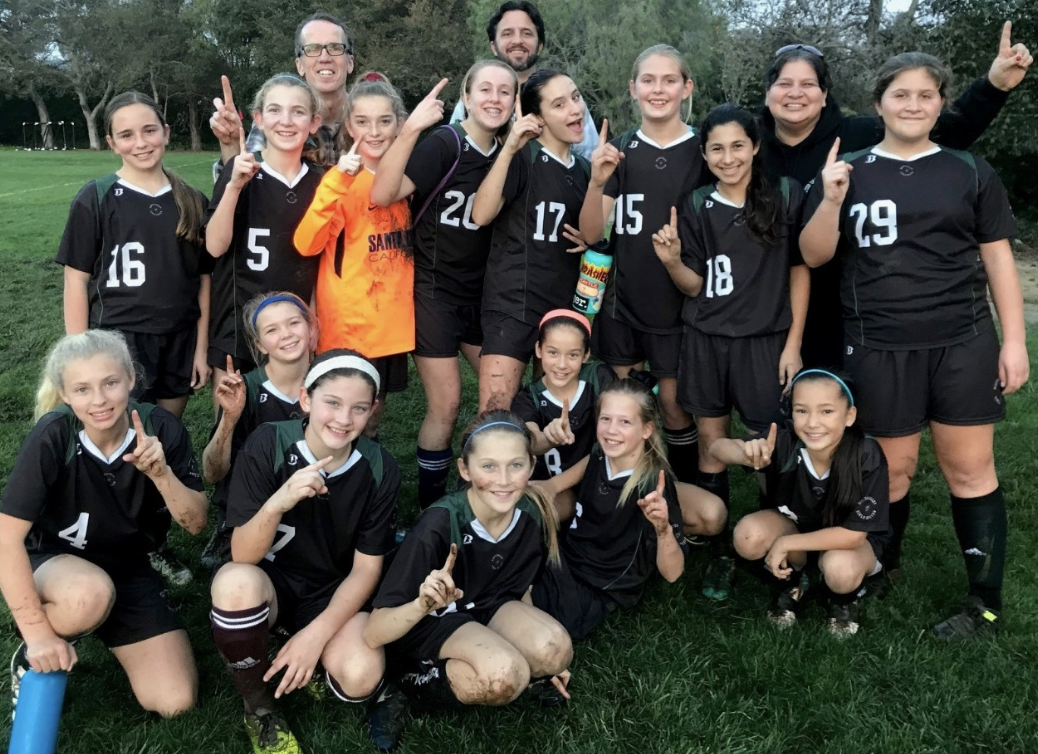 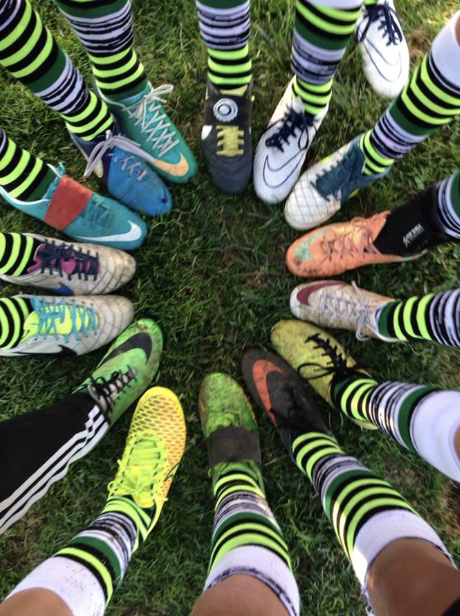 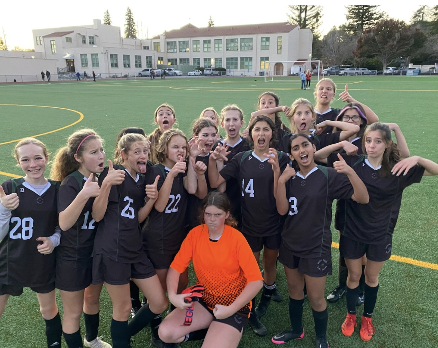 The undefeated Dolphin Nation traveled to Mission Hill for their final game. The Mavericks were ready to avenge their earlier loss this season. The Dolphins immediately established control of the field with well-orchestrated passing between the midfielders and forward line. Ava quickly capitalized on a great pass and put the ball in the net in the first 3 minutes of the game. The Mavericks rebounded on a break-away and quickly tied the score up 1-1. The Dolphins tried to take advantage of the numerous opportunities to score in the final third of the field, and Hayden put in her first goal of the game, putting the Dolphins up 2-1. Once again the Mavericks countered with another breakaway and tied the score just before halftime. The second half saw lots of aggressive play between the teams. Tensions increased as the Dolphins were unsuccessful in booting the ball into the net. Taylor, Sammy, and Hayden all came so close but came up short. With three minutes left in the game, Kate's well-placed corner kick was handled by Hayden and successfully put into the goal. The Dolphins win the game and the league series. Their undefeated record saw them outscoring their opponents 57 goals to 6 goals. Congratulations to Angelina, Aumi, Ava, Bella, Ella K, Ella I, Hayden, Jazzy, Isabella, Kate, Lanie, Maya, Mercedes, Riya, Salma, Sammy, and Taylor. Go Dolphins!

Q:  How many Girls' Soccer teams will SVMS have?

A:  CCAL supports TWO Girls' Soccer teams.  There is usually enough interest for Girls' Soccer for SVMS to have an 8th grade team and a 6/7th grade combination team.